Living the Chill Life in Ayampe 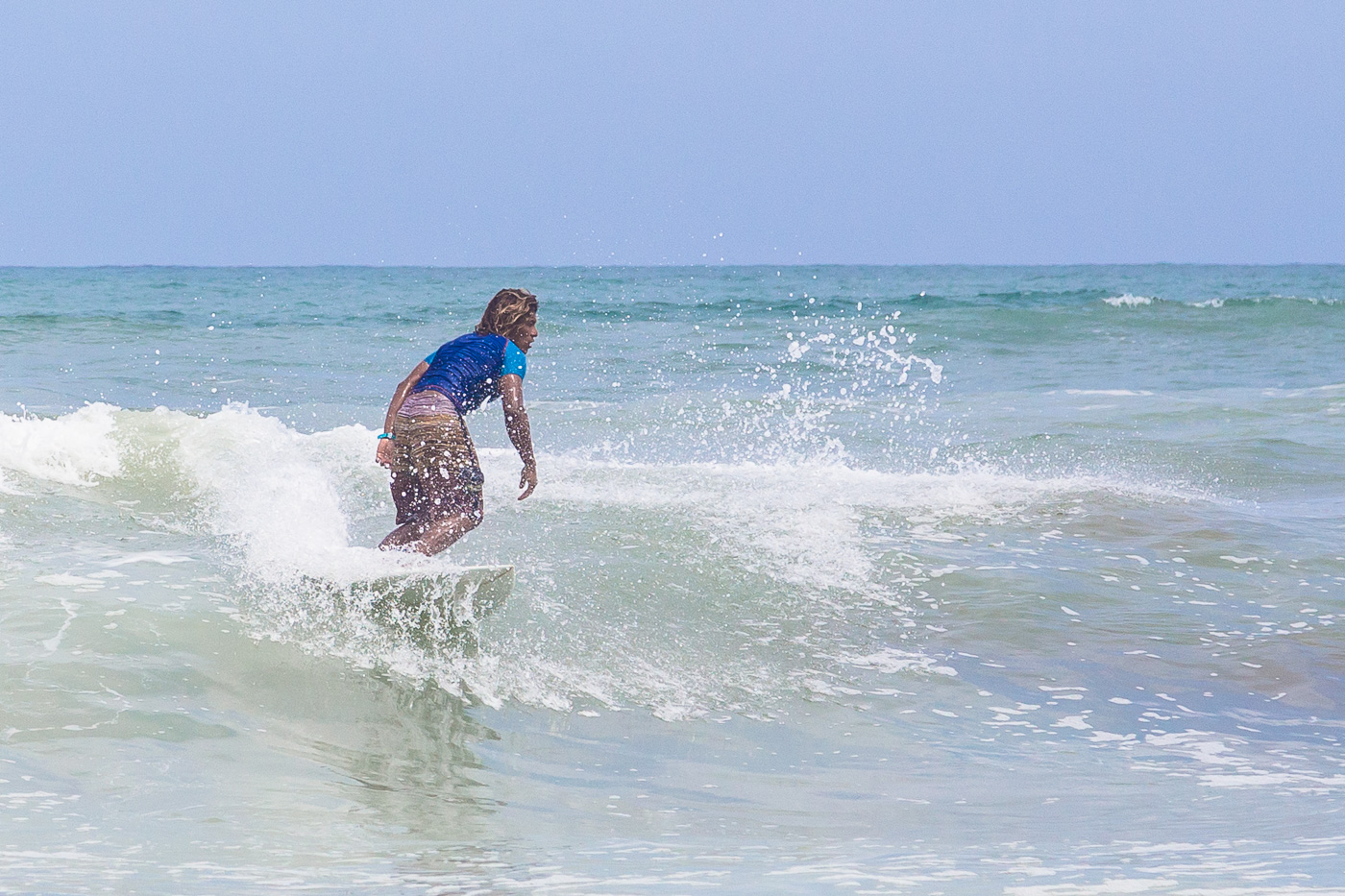 I felt a sense of calm and relief as I plopped my bag down on the bed.

Outside, in the not so far off distance, the waves were crashing loudly against the pebble lined beach. Two friendly mellow dogs, seemingly strays, laid down and made themselves at home on our patio while the blue hammock swing outside our room swayed softly in the sticky ocean breeze beckoning me to take a lounge. Slowly the anxiety of our recent 13 hour manic bus ride from Quito faded away.

The owner of our hostal, Florian, a German who had relocated to Ecuador more than five years ago, ducked his head in to shout a brief welcome and “make yourselves at home” before sauntering off, board beneath his arm, to the beach to catch some afternoon waves.

And so began our week week in Ayampe, Ecuador.

It was in Ayampe, barely a blip on the map, that we settled and made ourselves at home for the week.

Unlike some of its better known neighbhoring towns (Montanita, Olon, Manta and even Puerto Lopez), Ayampe flies well below the radar of most tourists thus managing to retain much of its isolated, natural luster. So much so, we accounted for two of the estimated 10-15 total tourists to pass through town during town our stay.

Similar to Santa Teresa in Costa Rica and Caye Caulker in Belize, we were immediately drawn to the low-key vibe of Ayampe. People didn’t take themselves too seriously here and we were quick to catch on. The most pressing item on the locals’ agendas seemed to be catching some good surf, even if it was at the expense of losing business at their respective tiendas, restaurants and hostals. Here, surfing at least twice a day was the norm. As tends to happen when we get comfortable in a place, our seemingly long beach break quickly melted away in the sun and surf.

Our daily routine was mundane and low key but perfect for a week in this chill nondescript surf village. Wake up around 7:30am and apply a heavy amount of 98% deet insect repellent – dengue fever and chikungunga outbreaks were plauging the coastline. Adam would head to the beach for an hour of surf and I would find my cozy spot on the hammock to work. Regroup around 9am to cook breakfast at the hostal. Head to the beach again around 11am for a few hours of sun (when it was out) then cook lunch. Walk to Otra Ola at 1pm for our daily 4-hour spanish lesson with Margarita. Watch the sunset on the beach before grabbing a bite at whatever restaurant decided to be open for dinner that night. Pass out at 8:30pm and repeat all over again the next day.

Now, on our final night in Ayampe, as we lay in our air conditioned sanctuary finishing off the last bites of our thin crust pizza (perfectly made by an Italian expat who had relocated a handful of years prior) we watch a slowly streamed Last Week Tonight with John Oliver. Outside we hear the waves crashing loudly in the distance. A pack of stray dogs barks and runs from one house to another.

Dreading our impending departure and the long travel day ahead, in true Ayampe fashion, we decide to shirk off our worries and responsibilities to enjoy just one more night of chill.